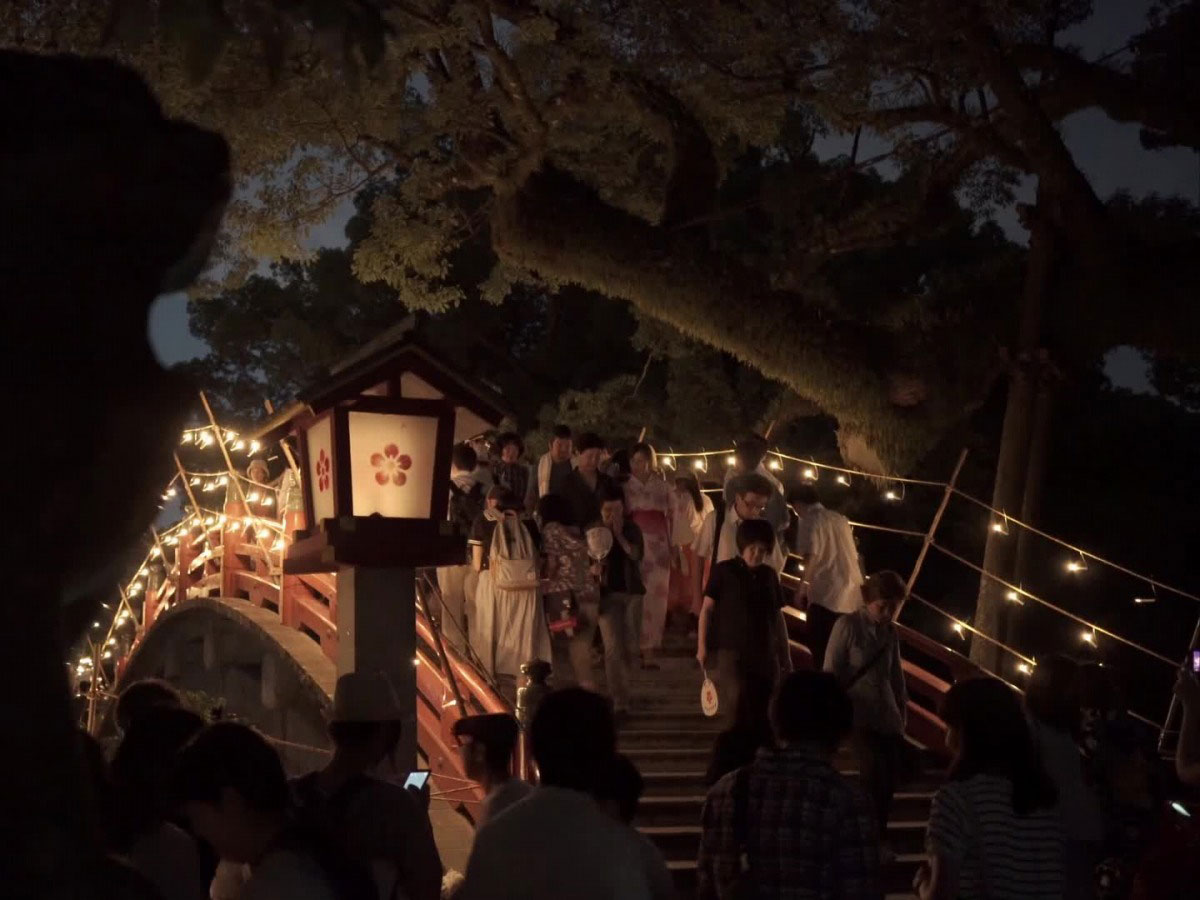 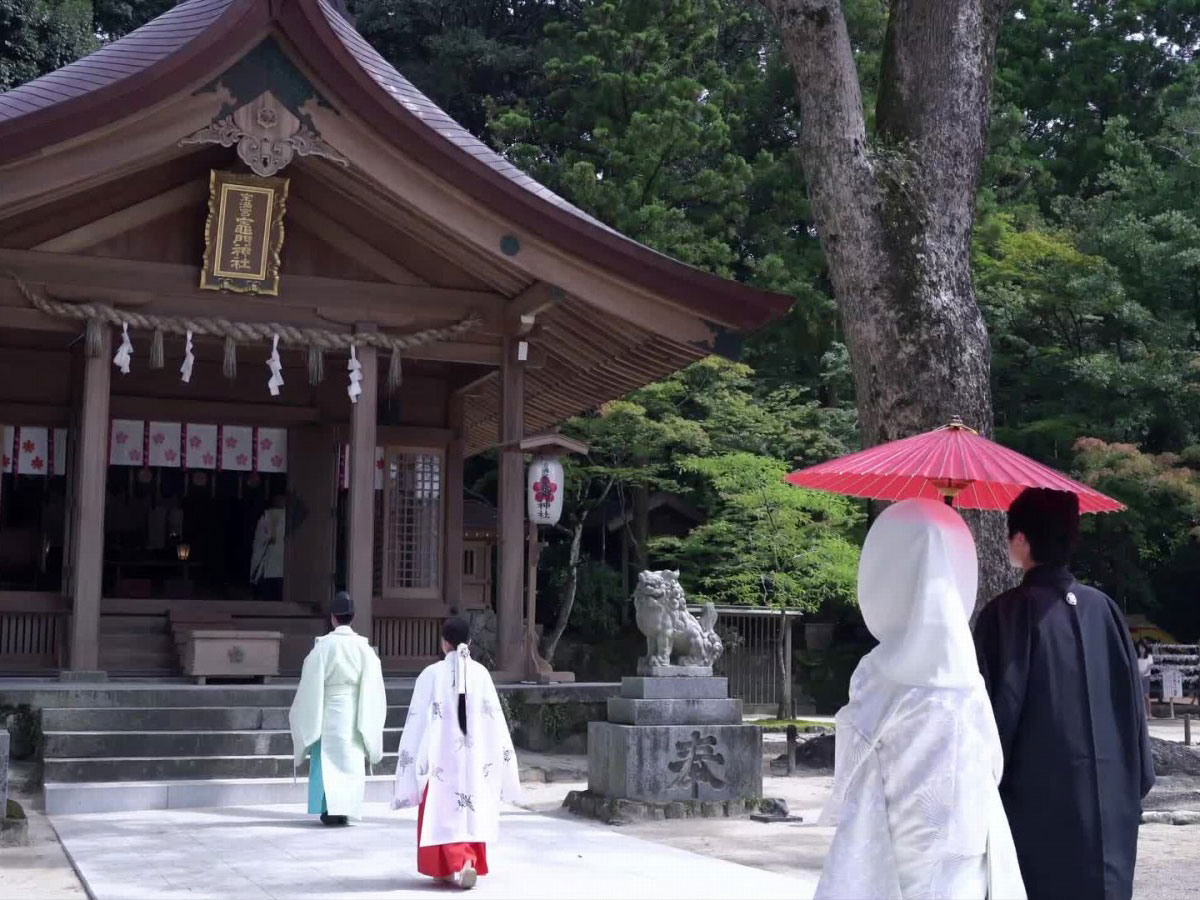 The shrine was built here upon the death of Sugawara Michizane, known as the God of literature and once a high-ranking government official who was exiled to Dazaifu. The main shrine was erected over his grave, with the current main shrine (an important cultural property) rebuilt in 1591. The shrine is host to camphor and plum trees, as well as Japanese iris that bloom and offer fragrances for every season. There are many Shinto rituals and festivals during the year, such as the Usogae telling of lies and Oni Sube fire festival in the New Year, Kyokusui no en poetry in the spring, and the Jinkoushiki god procession in the fall.

Sugawara Michizane (Tenjin) is enshrined as the deity of the shrine and is venerated as the god of scholarship and the god of literature.
Furthermore, Dazaifu Tenmangu Shrine has become deeply connected to literature, entertainment, and art, through the dedication of waka, renga, kabuki, and painting. 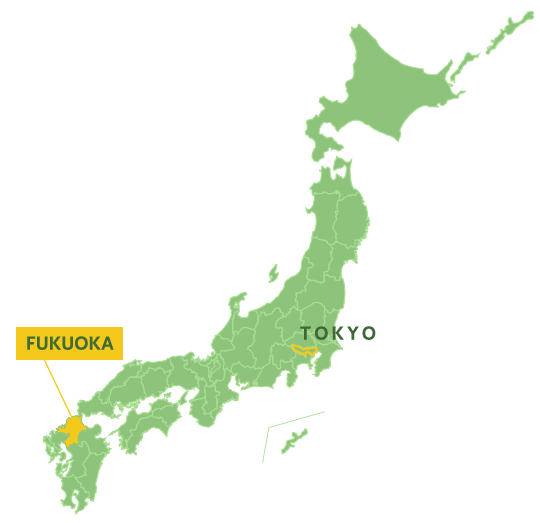