OLLE originated on Jeju Island, Korea, and originally means a narrow alley that leads from the street to the house" in the dialect of Jeju island. On Jeju Island, "olle" is used as a general term to refer to all trekking courses.
The Okubungo Course is a course leading from Bungo-ono City to Taketa City, spanning a distance of about 12km. Starting at JR Asaji Station, this course winds its way around history, passing through nostalgic, old-fashioned settlements as well as castle ruins from the early modern period."

THE GLINT OF LIGHTS ON THE WATER 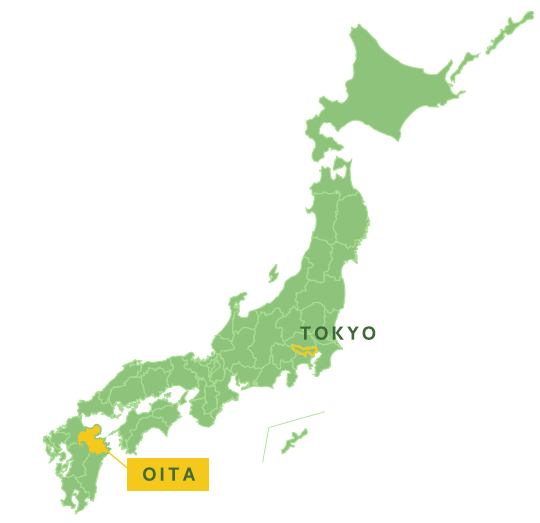